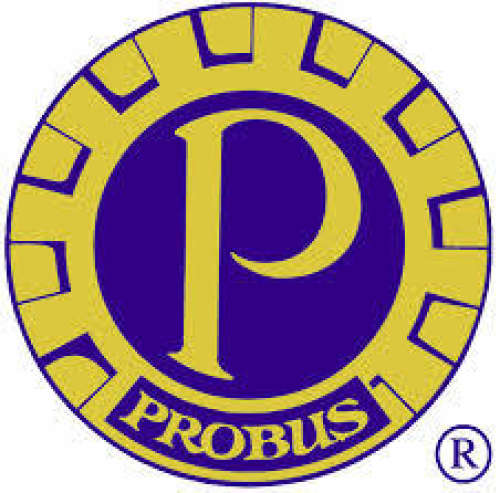 The basic purpose of a PROBUS CLUB is to provide regular gatherings to those who, in retirement, appreciate and value opportunities to meet others in similar circumstances and of similar levels of interest.

The emphasis is that the Clubs:
⦁ Be simple in structure.
⦁ Be free from the constraints and obligations of service Clubs.
⦁ Involve members at a minimum cost.
⦁ Be directed, primarily, to providing fellowship and the opportunity for development of acquaintance.
⦁ Seek members who are compatible with one another.
Their activities normally fall into two parts:
⦁ A meeting on a set day of each month from 10:00 a.m. to 12:00 noon comprising about 30 minutes of business, 30 minutes coffee break and 60 minutes for a speaker and discussion.
⦁ Visits (between meetings) to organizations and places of particular interest to members and occasional social and sports activities.

Rising out of their membership and activities, there is self-generating goodwill, a sense of belonging, a diverse background of interests, fellow feeling and cordiality evident within the Clubs, ensuring for PROBUS a highly successful future as a firmly established part of the community.

To preserve the integrity and reputation of these autonomous Clubs, they are encouraged to adhere to the standard constitution provided. This has proved to be a very successful basis for serving the needs of retirees in the many countries in which the PROBUS movement is now flourishing.

Some Important Features:
⦁ The Clubs are non-political and non-sectarian.
⦁ They are non-profit and non-fundraising.
⦁ All Clubs are sponsored by Rotary or by an existing PROBUS Club, but on formation are autonomous, independent of their sponsor and independent of each other. There is no central governing body, but Rotary or the sponsoring PROBUS Club maintains contact and an ongoing interest in their progress.

The Clubs spring from two main roots: the “Campus Club” founded by the Rotary Club of Welwyn Garden City and the “PROBUS Club” founded by the Rotary Club of Caterham in England in 1965 and 1966 respectively. Since then they have spread worldwide and continue to be established at a rapidly increasing rate as former professional and business persons and executives, invited to join, recognize the value of participation and observe the enthusiasm of existing members and the way in which PROBUS enriches their lives. PROBUS moved to New Zealand in 1974 and to Australia in 1976. The U.K. has also expanded tremendously.

The first PROBUS CLUB in North America was the PROBUS CLUB OF CAMBRIDGE, Ontario, sponsored in 1987 by the Rotary Club of Galt in Rotary District 7080. There are now clubs in 20 countries of the world. PROBUS Clubs began to appear in Canada in the late 1980’s. Today there are Clubs coast to coast.

PROBUS CENTRES, organized by Rotary, are set up to encourage and advise on the formation of further Clubs, maintain an up-to-date directory of local PROBUS Clubs, distribute lapel pins and other regalia as may be found necessary, and publish a PROBUS Newsletter regularly, giving ideas and information on the activities of local PROBUS Clubs.

To obtain more information on PROBUS Clubs, you may go to www.probus.org